Skip to content
Homepage / Facts / 5 Reasons to get Life Insurance
Hey readers, we are living in a world of scam, disaster and uncertainty where incident or accident can place at any time, any where in our surrounding or can be happened with us also. This can also take place as loss. Losses like money loss, health loss or life also.
Money loss can be recovered but life loss can’t be for these kinds of problems, we have a supplementary solution that’s called insurance. This is a very interesting, liable, important, and necessary part of life.so, we’ll  talk about insurance.

Insurance is a security which is given by an insurance company. It is a protection from financial problems or reduce risk, it is also a form of risk management that also can cover risk. It is provided by several companies that are working on it that company are called Insurance carrier, underwriter or insurance agency. Company also need people who interact with customer who want to take insurance and provide them knowledge about company, policy of company, insurance, scheme and assured them that there is a genuine company. these people are called insurance agent. A person who buys insurance from insurance company are known as an insured or as a policyholder.
Tran-section of insurance which involves the insured assuming a guaranteed and relatively small loss in the form of payment to the insurer which give on exchange for the insurance promise to compensate the insured in the event of a covered loss.

The contract received by an insured are called insurance policy, in which the details about policy that can involves conditions and circumstances under which insurance company will compensate to insured. To able this policy policyholder should have to pay some amount to insurer which is charged by insurer sated that one/forth in the insurance policy it is called premium. If the insured exercises a loss which is potentially covered by insurance policy and already mentioned in policy, insured should have to submitted claim to the insurer after that insurer start processing according to claim by a claims adjuster and first insurer clarify that everything is according to policy or not if everything goes according to policy than insurer will pay to insured claim.
Scam, disaster and uncertainty are different and all these have different situation and all situation have different insurance and different schemes, so there are several insurances that should you now about let’s get started……………… 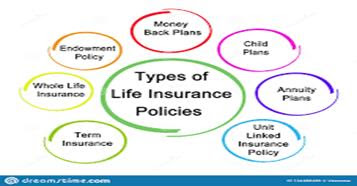 How to Apply for Court Marriage in Delhi

Real Blogger
Hi Guys, I am Hanit Vashisht founder of Legal Gyan and Real Blogger Web. Advocate in Delhi Saket Court. You may join me on Instagram